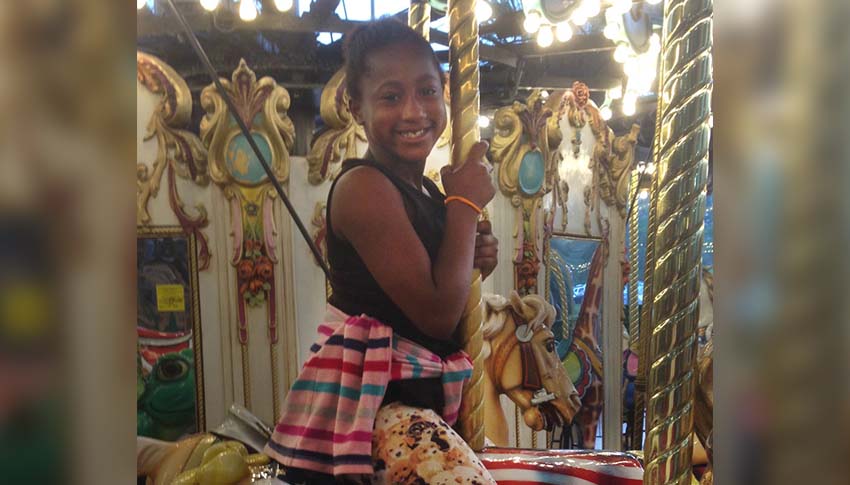 In October 2014, Big Sister Taylor first met her Little Sister, Kelis, during a site-based visit at Kelis’s school. Admittedly, Taylor described the first few months together as challenging. Just like with any relationship, the Big-Little match can take a little time to grow. Taylor recounted, “Our meeting time was during Kelis’s recess and I think she felt like she was missing out on playing with her friends. At the time she was struggling with reading, and that was one thing that I was going to help her with. She was not that excited about me being there and really did not want to sit down with a book.”

But soon, cooler weather hit and everything began to change. With recess moved indoors, Kelis began to enjoy their meetings more. Week by week and hour by hour, the two grew closer. Their weekly school visit was spent talking about school, reading together, and playing a game or making a craft. When the weather started to warm back up, Taylor said she was nervous. “We had finally grown really close and were enjoying each other’s company. Thankfully, Kelis was happy to spend that hour with me and her reading really improved.”

In addition to the site-based program allowing an opportunity to develop a closer friendship with Little Sister Kelis, Big Sister Taylor also found that their time together had a positive impact on Kelis’s academics. Kelis’s mother shared with Taylor that Kelis had recently advanced in her reading group at school. Taylor is looking forward to building on her relationship with Kelis by transitioning to the community-based program, which meets outside of school. “Due to our schedules, it was more convenient for us to switch to the community-based program after the school year is wrapped up. We are looking forward to spending time at the park, playing soccer, getting ice cream and just hanging out.” Taylor enjoys spending time with Kelis and has big hopes for her future. “I want Kelis to just be excited about life. Though our connection, I want to help guide her through her life.”