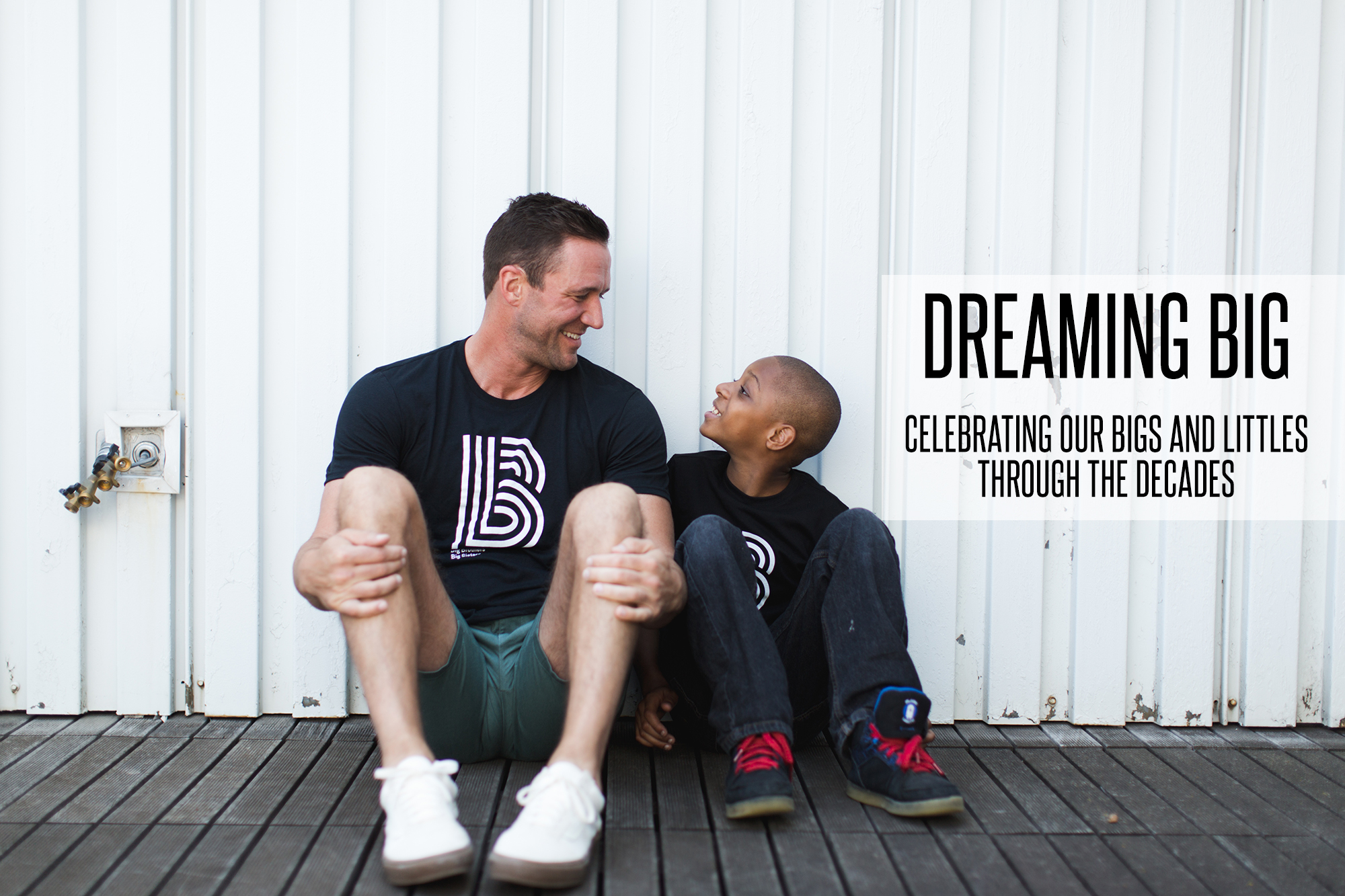 As part of the #DreamingBig Campaign in partnership with the Arby’s Foundation, we’re excited to share the stories of incredible Bigs and Littles who are still connected, 10, 20 and in some cases, 30 years later! We encourage you to visit this site often for new stories that will inspire you to become a part of the Big Brothers Big Sisters movement.

From Little To CEO 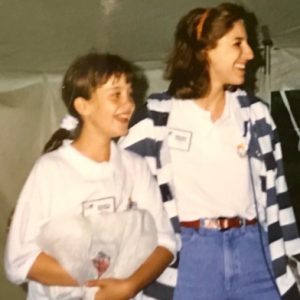 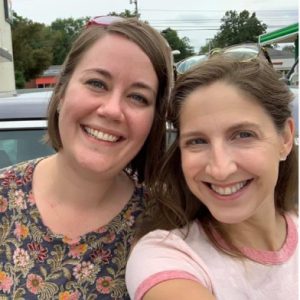 When I was 8-years old, my mom met with Big Brothers Big Sisters to enroll my brother in the program.  He was the only boy in a house full of girls, and my mom wanted him to have a Big Brother. But I kept bugging my mother that I wanted a Big, too—she says I basically enrolled myself! And that’s when I met Deborah. She was 24 years old at the time. We have thousands of memories of our activities together over the years, but one of my favorite memories was going to the "Rockin' Hat Ranch" camping experience sponsored by the Arby’s Foundation—I loved spending time with the horses.  Much later, when I was a high school senior, Deborah heard about a scholarship from the Arby’s Foundation and she helped me complete the application - I wouldn't have finished the process without her help, but I’m so glad I did! The $20,000 scholarship made an incredible difference in helping me afford my college education.   Deborah and I traveled the circuit, doing interviews, even speaking in front of a huge crowd at the National Big Brothers Big Sisters 100th Anniversary conference, sharing my hopes for my future and my gratitude toward Big Brothers Big Sisters.   The public speaking skills I learned by advocating for BBBS as a teen have been a great asset to me throughout my career.

Fast forward to today, Deborah and I are still best friends and sisters, and always will be.  And I’m proud to say that I am now the CEO for Big Brothers Big Sisters of Greater Cleveland, the same agency that introduced me to Deborah.  Because I know so well how important match relationships are for our Littles, I am honored to help bring that experience to kids in Greater Cleveland every day.  At the 2019 Big Brothers Big Sisters National Conference, I made sure to introduce myself to Stuart Brown from the Arby’s Foundation, so that I could let him know how BBBS and the Arby's Foundation changed my life. 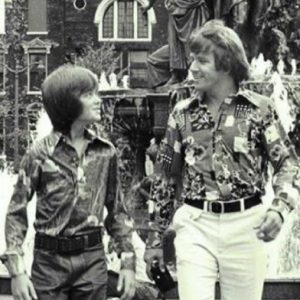 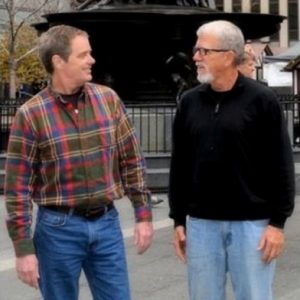 It was the year of Woodstock and when the New York Mets won the World Series. It was also the beginning of a decades-long relationship between Big Brother Robb Amick met his Little Brother Ron (who goes by Ziggy).

In 1969, the two met through Big Brothers Big Sisters of Greater Cincinnati. At the time, Ron's mom felt her 8-year old son needed a positive male role model. The two connected on several levels and also shared a devastating common bond—both lost their fathers in accidents when they were very young.

Robb took on the role of Big Brother, friend, mentor, confidante.  Robb said, "We have similar senses of humor, which helped a lot." Robb went on to mentor eight other Little Brothers over the years—two were in his wedding. And even though they don’t see each other often, Robb and Ziggy are still connected and enjoy reminiscing about life back then. Ziggy shares that when he reflects on their relationship, his message may seem simple, but profound, and he offers that same advice to Bigs today. “Robb stayed, he never left. (To other Bigs)…be there, today, the day after, and after that. You’ll have a friend.” For life. 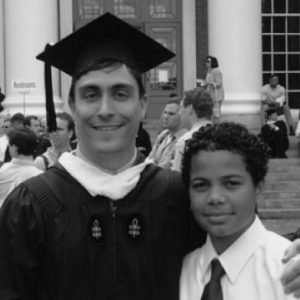 When Mike Auzenne, Director of Marketing Analytics for Inspire Brands, thinks about his accomplishments, he can’t help but reflect on how his introduction to Big Brothers Big Sisters was a monumental moment in shaping the next 20-plus years of his life.

Mike was 9 years old when he joined Big Brothers Big Sisters. He saw his Big Brother, Austin, as just another friend he could hang out with. His mother, however, had a different vision for their relationship. “My mom was a single parent working to support our family. She thought it would be good to have a male figure in my life, someone who would provide some structure,” Mike said.

From the start, Austin was instrumental in Mike’s development and was there for some of Mike’s most significant moments. When Mike’s grades slipped in his first semester of high school, Mike and Austin sat down and talked about expectations, and set goals for college.

Then there were the little things. Austin showed Mike what life was like outside of Atlanta, helped Mike learn to tie his necktie, and introduced him to Thai and Indian food. All these experiences shaped Mike and prepared him for a successful academic and professional path. Mike went on to get a college football scholarship and a degree from Harvard business school. Mike and Austin now have a lifelong friendship—they both served as the best man in each other’s weddings. Their families have bonded, too. An impact that Mike paid forward by becoming a Big Brother, too. 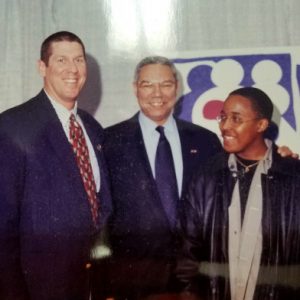 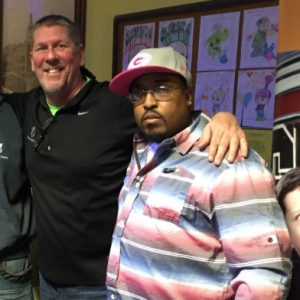 Marcus was 12-years-old when he met his Big Brother Jeff in 1994. “I remember we were selected to share our mentoring story on television, “said Jeff. “Marcus was so nervous and froze on camera--he never said a word. But after the interview when he was a lot more relaxed and we watched a basketball game, Marcus started talking non-stop. And that's when we knew we would be a perfect match--he talks more than I do!”

Like all of the children in our program, Marcus had great potential but Jeff noticed he was struggling in school. Jeff and Marcus’ mother worked together to create a plan to help him learn more responsibility, his grades started to improve and his self-esteem grew, too. “Having Jeff as a Big Brother was a blessing…[I only had] my grandfather in my life,” said Marcus. “Jeff and I had good times and he taught me a lot, he showed me the importance of family and how to balance the two. He still made time for me, and his family treated and loved me like family.” Life gets busy and they don’t talk as much as they’d like, but when they do reconnect, they pick up right where they left off—they are forever brothers. And Jeff now helps other Littles like Marcus, he’s the Chief Development Officer for Big Brothers Big Sisters of Central Illinois.

A former Little - now a Big 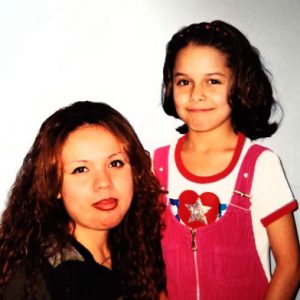 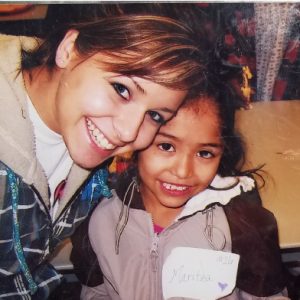 You’ve heard of paying it forward, the three you’re about to meet, believe in that—and more! This story from Big Brothers Big Sisters of Finney & Kearny Counties (KS) is about three generations of mentoring.

What this story illustrates is when you pour into one person the impact has a ripple effect. Veronica, who started it all, shared this. “I learned that you just have to be yourself, don’t try to be something you’re not. I wasn’t trying to impress her with fancy things, the little things made a difference. It’s a life-changing experience. You may not think it’s a big deal, but you’re able to find things you didn’t know about yourself.”

connecting through the arts 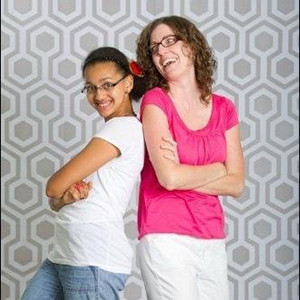 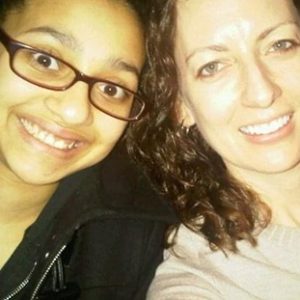 I got started with Big Brothers Big Sisters when I was 13 years old, in middle school,  Kelly was my Big Sister. We met for the first time at the Norristown (PA) Big Brothers Big Sisters office. Kelly and I went to different places each time we got together, including the arts, theater, movies and we loved learning about gardening. I remember when I turned 18 and our match relationship officially closed when I graduated from high school. Kelly gave me a photo book with all our memories together. But we still kept in contact with each other. After high school, I went to college and got my bachelor’s degree and now I’m working on my master’s. Now, I have a new job at a child care center, I teach toddlers,  I really like it! One day, I hope to become a Big, too. 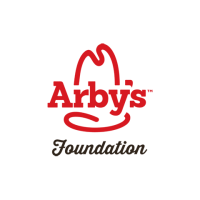 The Arby’s Foundation is a proud partner of BBBS. Over the past three decades, this partnership has resulted in 2 million one-to-one mentoring relationships across the country. The Arby’s Foundation is proud to work with organizations that are a force of change, making a difference in communities across the country every day. The mentoring connection isn’t just when the friendship begins but has a long-lasting impact years later. One of the core values of the Arby’s Foundation is that every kid deserves to ‘Dream Big’, and that’s what Big Brothers Big Sisters believes in, too: when children are encouraged to dream big and are equipped to pursue those dreams, they have unlimited potential do amazing things.

Are you a former Big or Little? We want to hear from you! We’d like to feature you in our #DreamingBig Campaign. Or if you know of a great Big Brothers Big Sisters alumni story, click the link below.