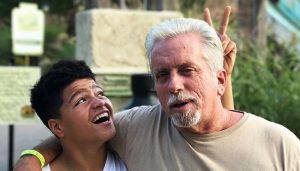 When Little Brother Marcus was just 3 years old, his aunt took full custody of him because neither of his parents were in a place to raise him. One of his parents was struggling with opioid addiction and the other was not a consistent presence. Marcus has lived with his aunt and four female cousins since then, and he has struggled with dealing with his anger. Marcus often found himself called down to the school office for an outburst in the classroom or on the playground. When he was in first grade, his family received a letter in the mail about a program called “Big Brothers Big Sisters,” and Marcus’s life changed forever. 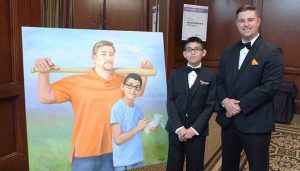 When Hurricane Harvey was about to hit Houston, Big Brother Andrew called his Little Brother Javier’s mom to make sure they had the supplies they needed. A single mom working constantly to make ends meet, she hadn’t yet had a chance to go to the store to buy things like extra bottles water and packs of batteries. “I still remember when I got home from work and looked at the food and the necessary things that Andrew had brought us,” Javier’s mom says. “I wanted to cry because only a good-hearted person does that for other people and that person is Andrew.” The action was just another on the long list of times Andrew has been there for his Little Brother Javier and his family.