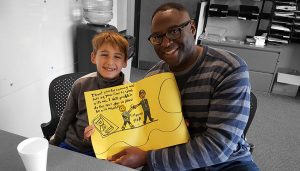 Myrone got into trouble a lot when he was growing up, but he says there was always somebody there for him. A football coach. A basketball coach. An uncle. Someone who talked to him and shifted his course. With their positive influence, he stayed focus in school and eventually became a patrol officer and then a school resource officer. Now, he’s a sergeant. He knew he wanted to have that same influence on kids like him, so he studied social work in college. And now his list of titles includes “Big Brother.” 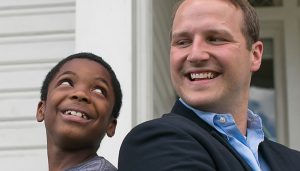