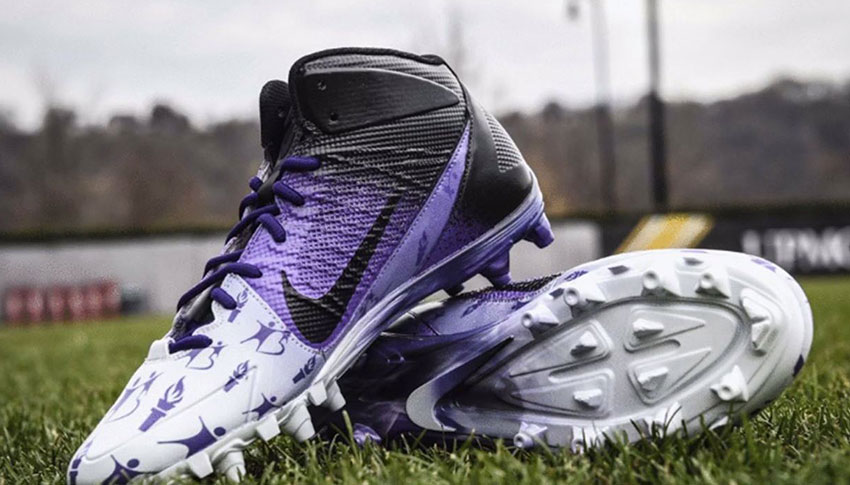 In between catching passes on Sundays and practicing throughout the week, Pittsburgh Steelers wide receiver Antonio Brown has been one of many celebrities who continues to make time for Big Brothers Big Sisters.

On Giving Tuesday, Brown (number 84) took to social media to push our #BIGgift campaign and kicked off the day by donating $8,400.

Five days later, in his game against the New York Giants, Brown wore a pair of custom white and purple BBBS cleats during the NFL’s #MyCauseMyCleats weekend.

Brown has played a key role in raising awareness of the BBBS brand and enlisting the help of many others to give this holiday season.

.@AntonioBrown is supporting @BBBSA and the mission to spread the #BIGgift of mentoring. Are you? https://t.co/OQJpkfDUIf

He hasn’t been the only celebrity to jump in and help out Big Brothers Big Sisters, either.

My mentor changed my life. Donate 2day to one of my favorite charities @BBBSA #GivingTuesday https://t.co/nM4olbbC4b pic.twitter.com/vVAdbvWcNt

Country singer-songwriter Brad Paisley also worked with BBBSA to create a PSA. In it, he asks people to support Big Brothers Big Sisters, because he says he believes in the power of mentoring. In the video, he says, “My life was enriched by the kindness and support of a caring adult who gave me the gift of time.”

Celebrities have helped BBBS put a nice bow on a really big 2016, leading to a 2017 where we can match more Littles with caring adults who can also give the gift of time.