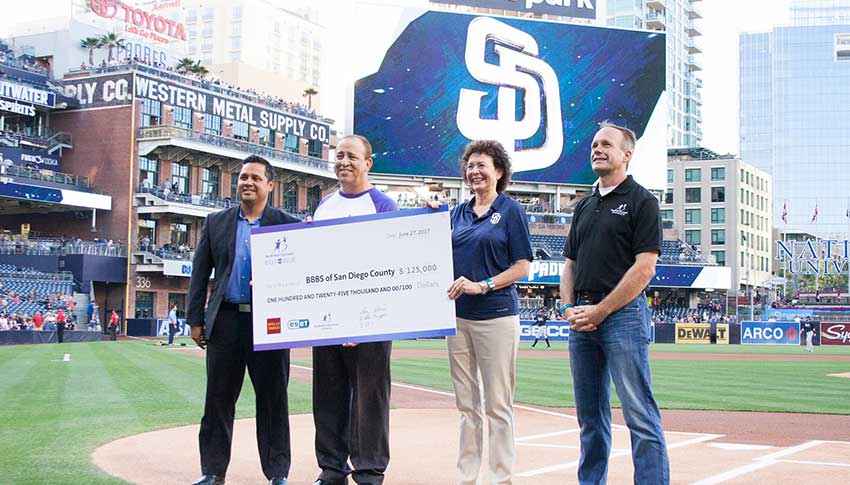 The Big Brothers Big Sisters of America National Conference in San Diego, California, was more than indoor workshops and sessions. At the end of Day 2, attendees loaded up in buses to take a trip to Petco Park for a San Diego Padres game.

The Padres were a key sponsor of the BBBSA National Conference, and they honored Big Brothers Big Sisters before the game and invited BBBSA President and CEO Pam Iorio to throw out the first pitch.

Her pitch may have bounced, but it was right down the middle and the catcher didn’t even have to move.

BBBS employees and friends filled the stands, rocking their purple and white baseball tees. The day was a Big win for Big Brothers Big Sisters!

Bigs in Blue is the first national campaign of its kind. To learn more, visit www.BigsinBlue.org