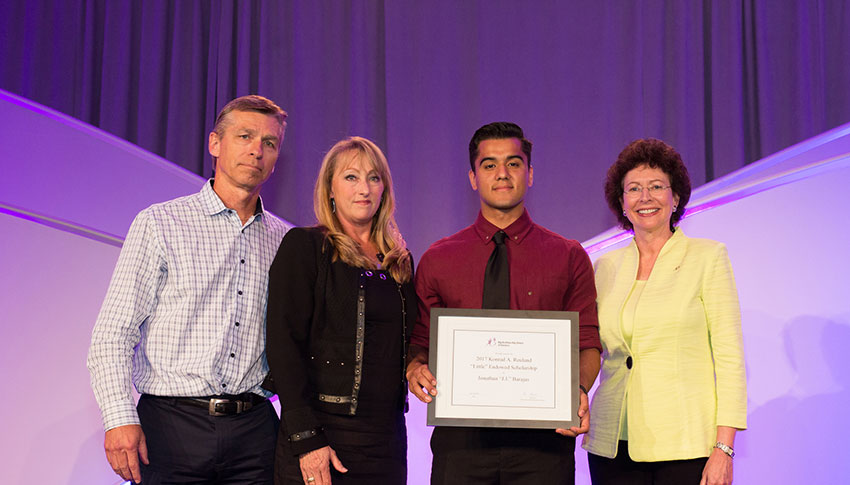 To honor Konrad, his family and friends have established the Konrad A. Reuland “Little” Scholarship through Big Brothers Big Sisters of America. Each year, proceeds from this fund will be awarded to a Little Brother within the network who is interested in playing football and attending college.

This year, the Konrad A. Reuland “Little” Scholarship was awarded to Jonathan “J.J.” Barajas from Big Brothers Big Sisters of Orange County.

Little Brother J.J. has been matched with Big Brother Sean for 10 years. J.J. is a linebacker and was captain of his high school football team. He will be attending Goldenwest College this fall, and he hopes to transfer to University of Nevada, Reno, to study sports medicine and pursue his dreams.

J.J. says he is thankful to have had a mentor like Sean growing up because Sean gave him the motivation needed to tackle the difficult decisions in life, both on and off the field.

Each year, BBBSA will award the Konrad A. Reuland “Little” Scholarship to remind us of Konrad’s extraordinary life.