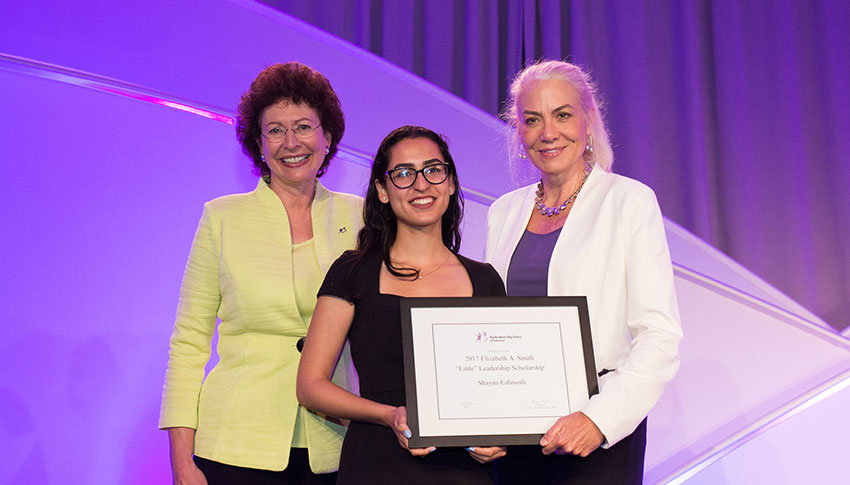 When Big Brothers Big Sisters of America Board Member Liz Smith completed her two-year term as Board Chair in 2016, the Board wanted to honor her service. Liz is an extraordinary leader and helped the National Office through its most challenging years. The Board came together to endow a scholarship in her name. Every year, Big Brothers Big Sisters of America will award a college scholarship to a Little in the network who demonstrates leadership in high school.

After losing her mother at a young age, Little Sister Shayna was matched with her Big Sister Farnaz in middle school, and their relationship stayed strong throughout her high school years.

When Shayna was in high school, Farnaz often had to remind her to step back and find a balance between school and social life. Among other activities, she was president of her school’s Red Cross chapter and captain of her school’s FIRST Robotics team, which went to the competition’s international championships.  “I grew a lot during that time period. She was there to help me through that,” Shayna says. “She was there to give me advice on classes, social things, getting through those four years alive.”

Shayna now attends the University of California at Los Angeles and is still highly involved with extracurricular activities. She and Farnaz are still close, and Big Sister Farnaz still has to remind Shayna to balance all that she takes on.

“She has been there for so many milestones and her presence has been such a comfort to me over the years,” Shayna says.