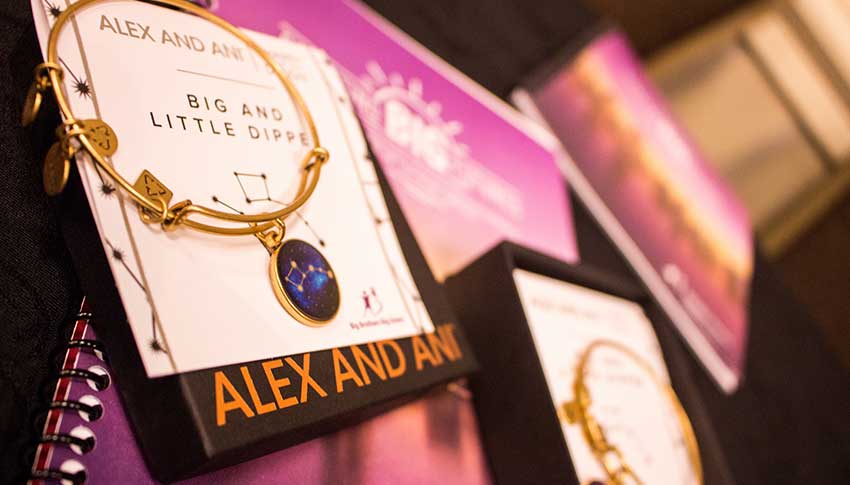 At the BBBSA National Awards Gala in June, BBBSA highlighted some of the corporate partners that make our mission possible.

In 2016, we worked with Alex and Ani to create the Big and Little Dipper Set of Two Charm Bangles. From the sale of those bangles, Big Brothers Big Sisters has received nearly $300,000 in the first year of the partnership. More importantly, this partnership has created a symbol that is worn by so many Bigs and Littles across the country to signify their never-ending friendships.

President’s Award – Jack in the Box

For 19 years, Jack in the Box has supported Big Brothers Big Sisters. This year, Jack in the Box celebrates the 13 years of Operation Bigs, the Big Brothers Big Sisters program for mentoring kids from military families. They were the founding sponsor to launch the program, and they now support Operation Bigs matches across the country, and they not only invest in programs, they also collaborate with the National Office and the network to support Operation Bigs and also the Hispanic Mentoring Initiative, First Meal Programs, and Bowl for Kids’ Sake

Savers has helped nearly 40 agencies by turning their community’s used clothing and household items into big donations to Big Brothers Big Sisters. Savers creates thousands of jobs and generates millions of dollars in revenue each year to support local affiliate.

The entire network has benefited from the work of Dan Hill and his firm, Hill Impact, which has provided countless hours of pro bono public relations services to the National Office since 2012.