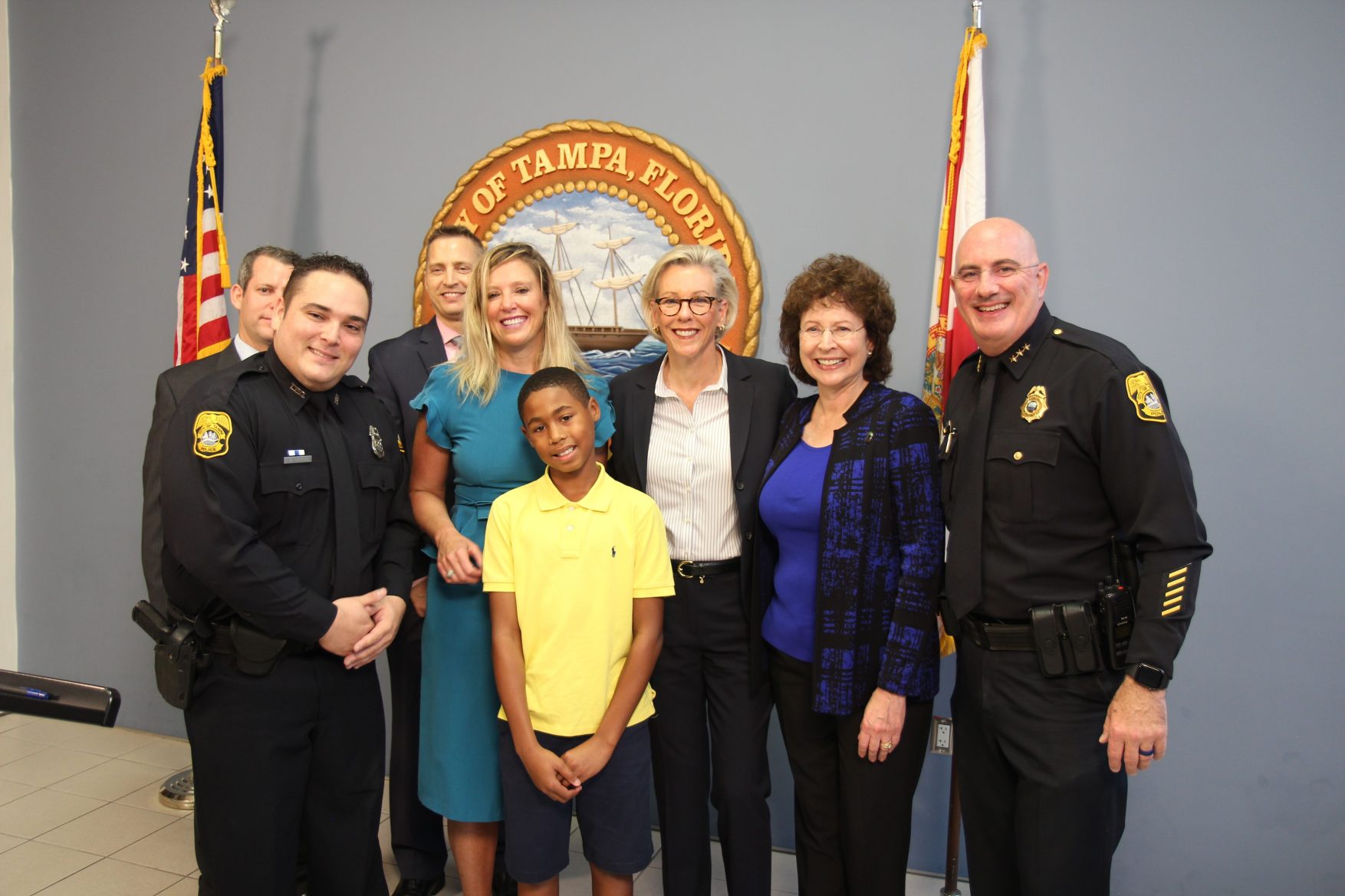 More Littles will have a chance to have a Big of their own, thanks to new funding from the Department of Justice.

Principal Deputy Attorney General for the Office of Justice Programs Katharine Sullivan visited Tampa, FL to announce the $10.75M in funding to Big Brothers Big Sisters of America. This will impact 95 agencies across 42 states. Many of those Big/Little matches are part of the Bigs in Blue program, which started in 2016 as a national initiative to help break down barriers and build relationships between officers and the communities they serve.

Tampa Police Officer Joel McKee meets with his Little Brother, 10-year-old Princeton at Pizzo Elementary School. Officer McKee says it’s the highlight of his week—during their time together, it’s not police officer/student, but a chance for him to just be ‘Joel’. “We are proud and privileged to receive these funds, “ said Pam Iorio, president and CEO of Big Brothers Big Sisters of America. “With these mentoring dollars, we expect to serve at least 6,000 Big/Little matches. When we make a match, they tend to last at least 30 months. But we know from experience, these matches can last a lifetime.”