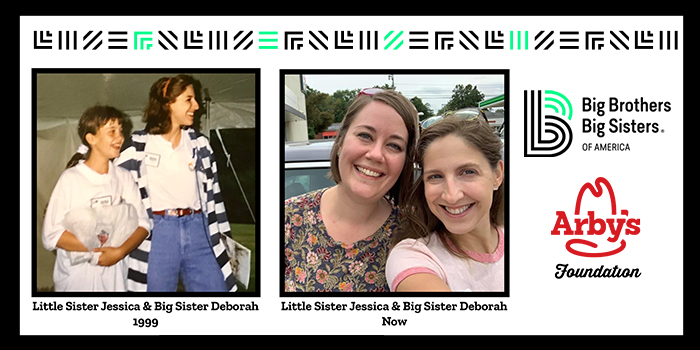 For more than three decades, Big Brothers Big Sisters has partnered with the Arby’s Foundation to build more than two million mentoring relationships across the country! The mentoring connection isn’t just when the friendship begins, but has a long-lasting impact years later. The Arby’s Foundation believes every kid deserves to ‘Dream Big’ and pursue their dreams with confidence. So, to celebrate this milestone, we are launching the #DreamingBig Campaign to share the stories of incredible Bigs and Littles who are still connected, 10, 20 and in some cases, 30 years later. We’re kicking off the campaign with the story of Little Sister Jessica who met her Big Sister Deborah in the 1990s. That experience inspired Jessica to help other Littles—she’s now the CEO of Big Brothers Big Sisters of Greater Cleveland! Read their story here and visit the site often for new stories that will inspire you to become a part of the Big Brothers Big Sisters movement. #DreamingBig #BiggerTogether