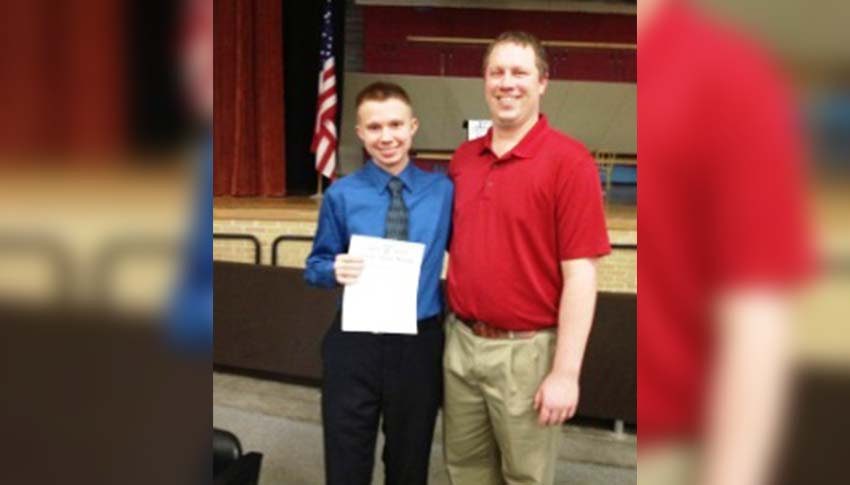 Michael Carton met his Little Brother Christopher when they were matched in the community-based program with Big Brothers Big Sisters of the Mississippi Valley. Michael was in the process of pursuing a degree in elementary education, so working with kids was not a foreign experience to him.

After spending more time together, Michael came to recognize how lucky he was during his own upbringing when he realized that Christopher had not had the opportunity to experience things that others would see as simple or routine. Michael did not want Christopher to miss out on any of those things.

“After meeting Christopher, it was painfully obvious how many things I had taken for granted as a child – from eating Whitey’s Ice Cream to flying a kite, many of the things I took for granted were things Christopher had never experienced before,” Michael said.

In time, their relationship grew into a special friendship. Michael describes how he eventually came to notice Christopher making more of an effort to impress him. Through Michael’s persistence, Christopher began to take an increased interest in reading and school work, even to the point of insisting on regular trips to the bookstore so he could get the next books in the different series he enjoyed!

Michael recognized the impact he had on Christopher one summer when Christopher voluntarily entered into a summer school program to get a leg up on more advanced math classes for the next year. Through Michael’s help and mentoring, Christopher has developed a persistence and drive with regard to his academics, inspiring him to start thinking of career goals.

Their relationship has become a mutually beneficial trusting friendship. Michael sums it up like this: “If my 19-month-old son turned out to be anything like Christopher – smart, confident and caring, with a good sense of humor – I would be an extremely proud father. So needless to say, I am an extremely proud Big!”

“The Big Brothers Big Sisters program, and Michael in particular, opened the world for me,” says Christopher. “I was able to see things I never imagined existed and that experience opened my eyes to the possibilities.”