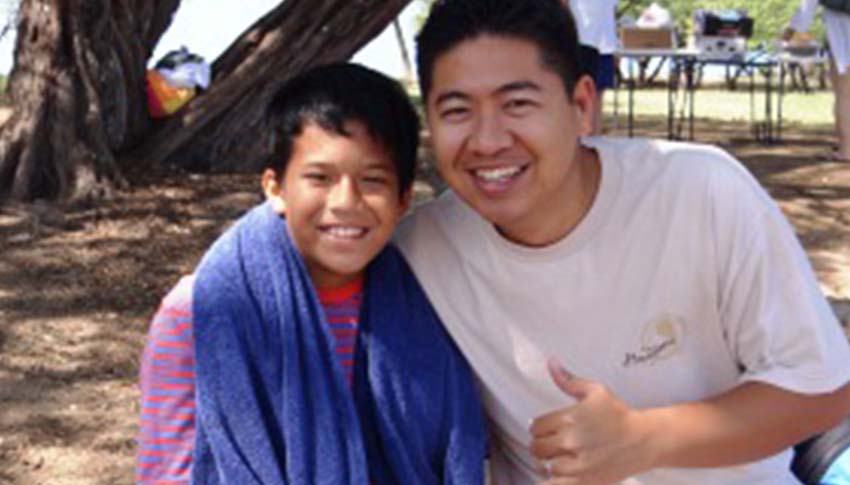 Darryl and his brothers did not have an easy time growing up. His parents had fallen on hard times, and he and his brothers were forced to live on the beaches and streets of Oahu. Before long, Child Welfare Services intervened, sending the two oldest children to live with a grandparent. The other boys were scheduled to be sent to different foster homes, until their Aunty Nita stepped in to raise them, ensuring that Daryl and his brothers would not be separated. In time, Big Brothers Big Sisters of Hawaii would play a special role in all of their lives.

Before Aunty Nita got involved, the children were malnourished, educationally deprived and were not provided with life’s necessities. She had to abandon plans of moving from Hawaii in order to raise the four boys. She had little to no experience raising children, but recognized that the boys needed something she could not provide. She enrolled them in Big Brothers Big Sisters, so they could each have a strong male role model in their lives.

Darryl has been matched with his Big Brother Solomon “Kolo” for more than two years now. The special relationship they have built has truly had a positive impact on Darryl’s life. Darryl holds his Big Brother in high regard, and has great respect for him. Kolo has helped Darryl learn to manage his anger issues that he sometimes struggles with.

One day, Darryl became extremely frustrated and upset when one of his brothers was “pushing his buttons.” Big Brother Kolo was scheduled to pick up Darryl for an outing, but when Aunty Nita saw how Darryl was acting, she told him he would not be going anywhere if he did not change his attitude. She knew he would not want his Big Brother to see him behave that way. Darryl brightened up right away, and he and Kolo had a fun day out!

Through spending time with Kolo, Darryl has learned many things that he can do to improve his behavior including not letting things get to him, thinking before he acts and verbalizing when he is angry, rather than becoming emotionally upset. In Darryl’s case, much of this simply stems from his respect for his Big Brother, while also following his lead.

Both Darryl and Kolo have a special relationship that the two of them cherish. With thousands of children waiting to be matched with their own Big Brother or Big Sister, more support, either as a volunteer or donor, is needed. With your help, Big Brothers Big Sisters can continue to match more children who face adversity with mentors.