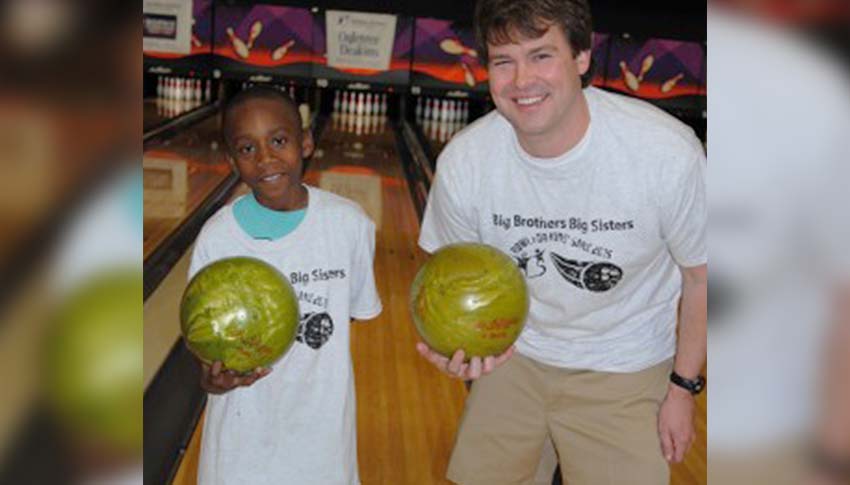 How has being a Big Brother with how has being a Big Brother with Big Brothers Big Sisters of Greater Columbia impacted your life? This was the question that was recently asked to Drew, who just celebrated his three-year match anniversary with his Little Brother, David. Without hesitation, Drew responded, “This experience has been really good for me to be with a child David’s age. When we were matched, he was so young and I have been able to watch him grow and progress. It will help me be a better parent and not take anything in life for granted.”

Drew loves hanging out with David and introducing him to new things. “While growing up, athletics were a huge part of my childhood and I wanted David to have an opportunity to experience that also. We love going to the University of South Carolina sporting events. And with his mom’s permission, this year David was able to join a youth basketball league through my church. He has worked really hard and it is fun to watch him play!”

Drew said that he found out about Big Brothers Big Sisters of Great Columbia through word of mouth from good friends who had been Bigs with the agency and had great experiences. Drew felt prompted to become a volunteer because of his desire to connect with the community and give back.

When asked why being a mentor mattered, Drew believes that it is good for children to have different perspectives, and that it is important for both the Big and Little to be exposed to different experiences. Being a Big also allows Drew to positively impact David’s self esteem. “I want him to grow up and get a good education and be happy. But most of all, I want him to be confident.”