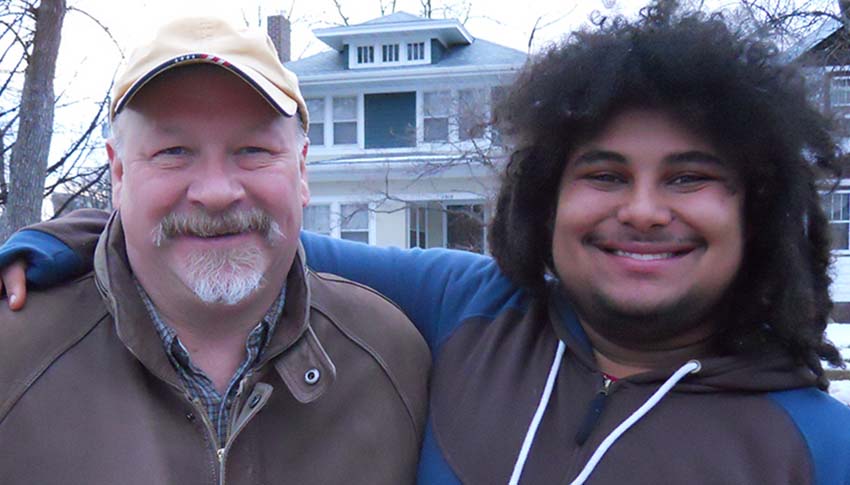 Raising three sons by yourself is no easy task. After Big Brother Mark’s sons soon grew up, he found himself wanting to give back and do activities that he did with his sons when they were younger. Mark wasn’t scared or concerned about the any potential difficulties, family background or behaviors. He simply wanted to help a child who desperately needed a mentor. Big Brother Mark was matched in 2008 with his Little Brother, Sammy.

Sammy had many challenges growing up. Sammy’s father was deported from the U.S. when Sammy was just one year old. He also has severe ADHD, and was often bullied and made fun of. Little Brother Sammy’s mom knew that he needed the support of someone to go out and do male-oriented activities that she simply could not do with him. When the match started, the only male figure in Little Brother’s Sammy’s life was his grandfather, who was wheelchair bound and was limited in the activities that they could do together.

Sammy and his mother have moved four times since the match started, which Big Brother Mark states, “I feel as though I am the only stable relationship he has.” As their time progressed, they began to try more new things, have more meaningful conversations and spend more time together.

Mark has introduced his Little Brother to his family and has made Sammy and his mom feel like they are part of their big family. “Mark has opened up his home to me and my son and made us feel like we have more family than just each other,” said Sammy’s mother.