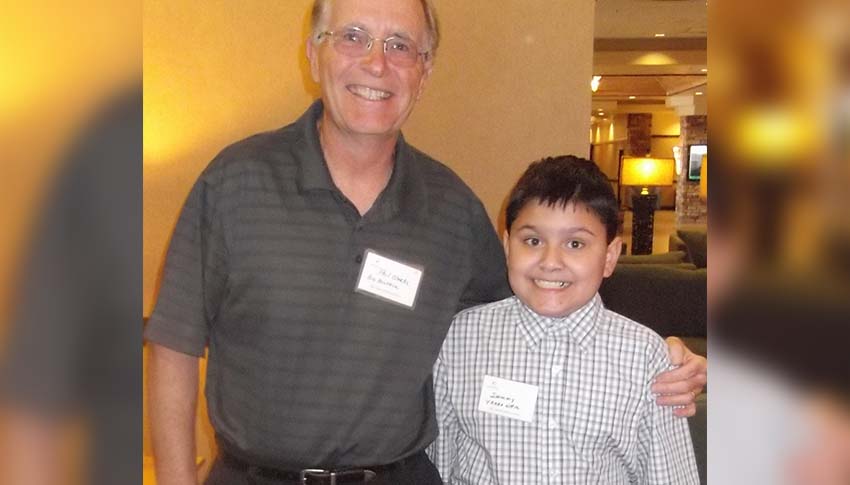 Experiencing the loss of a loved one will turn anyone’s life upside down. Little Brother Sammy not only lost his brother, but his father became very ill. Sammy’s mom knew that he needed a positive role model during this tragic time in his life. She saw him dealing with all the stress by becoming reclusive and withdrawn. He lacked any motivation, ambition, self-confidence or direction in his life.

When Sammy first met his Big Brother, Phil, he was apprehensive and unsure about participating in the program. During their first meeting, Sammy told his new Big Brother about the loss of his older brother, and Phil responded by letting him know that he, too, lost his older brother. Sammy immediately knew that he had a bond with Phil. “We started talking and found out we had a lot in common and had an instant connection,” said Little Brother Sammy.

When Sammy first saw his new Big Brother, he thought that Phil was a little old and wouldn’t be able to keep up with him. However, Sammy soon realized that Phil could not only keep up, but he found himself trying keeping up with his Big Brother. Phil often encouraged Sammy to do things he didn’t think were possible, including singing, dancing and acting. Thanks to this encouragement, Sammy is now a member of a children’s musical theatre program and has performed in “Annie,” “Peter Pan” and “Seusical the Musical.”

Their bond was more evident when Sammy’s father passed away due to his illness a short time after their match. Phil took his Little Brother to lunch and spent the entire day together to help cope with his loss. Big Brother Phil attended the funeral, and it was there that Sammy’s mother understood the scope of how much of a difference Phil was making on her son. Sammy approached his mom and said, “You don’t have to worry about me losing my father, mom, because I have Phil.” Big Brother Phil successfully filled the empty hole that the loss of Sammy’s older brother and father left with new hope and motivation to be successful. Through their three-year match, Little Brother Sammy has evolved into a wonderful public speaker who makes eye contact, is funny, at ease around strangers, and overall has a positive attitude. Both Big Brother Phil and Little Brother Sammy agree that this match is meant to last a lifetime.