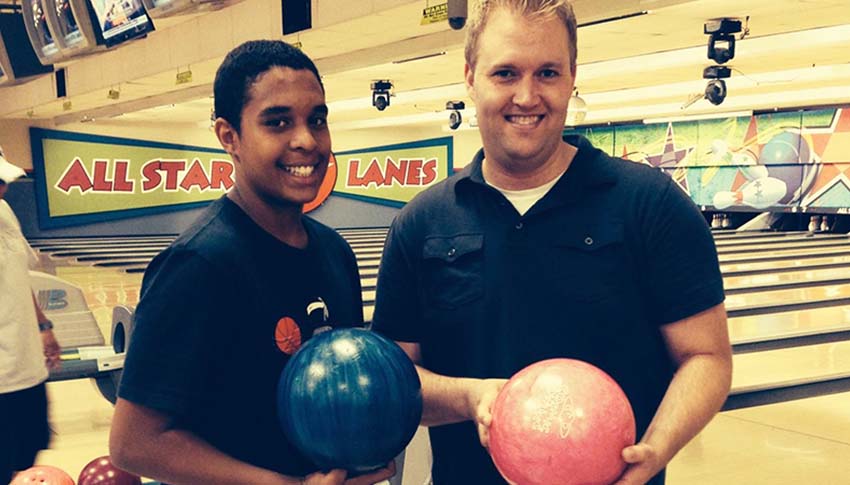 Little did Big Brother Mike know when met his six-year-old Little Brother Dante that he would have so much fun getting to know Dante and his family. Mike noticed that Dante was a very smart and mature child who had grown up quickly. When speaking with Dante’s mother, Mike learned that he had never had any positive, steady or consistent male role models in his life.. At this point, Mike stated, “I felt a big responsibility to be a good example and role model to him.” During their first outings, Big Brother Mike noticed how Little Brother Dante’s trust issues were evident, as at the end of the day Dante would want confirmation that he would see him again. However, Mike said, “Gradually, those issues faded away as I tried not to break plans and tried to remain consistent with our meetings and activities.”

The relationship is now 10-years strong and their bond couldn’t be greater. Through the years, Big Brother Mike and Little Brother Dante have enjoyed many activities such as hiking, skateboarding, going to the movies, playing video games and going to soccer games. Dante has developed a strong passion for soccer and is on a competitive team. Mike attends as many games as he can to support his Little Brother. Aside from being active, they have always been able to talk about anything. Little Brother Dante will ask his Big Brother for advice on issues or problems that arise so they can discuss solutions. “During the tough times, Mike gives me good advice to get through, whether it’s school or other matters,” stated Little Brother Dante.

Mike has always encouraged Dante to do well academically and to attend college. Even in times of pressure from those around him, Little Brother Dante has taken what his Big Brother has instilled in him to rise above any influences and strive to stay on the right track. He is currently an honors student and is starting to look into what his future holds for him in college. Dante’s mother couldn’t be more proud of the success her son has seen and will continue to see thanks to the guidance of Big Brother Mike.