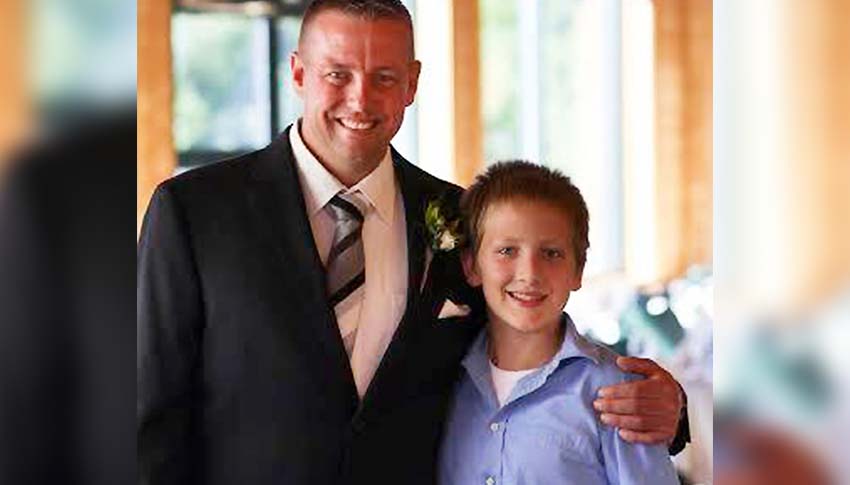 Many matches say they feel nervous prior to their first meeting, but that was not the case for Big Brother Ryan and Little Brother Zach. Both were excited and ready to start getting to know one another. In their first meeting in 2011, they hit if off right away and knew their friendship was going to be something special. Zach has dealt with some adult issues in his young life and Ryan has given him the opportunity to “just be a kid.” They love going to the movies, fishing and attending sporting events. One of their favorite things to do is just going out to dinner – whether it’s pizza, Chinese food or BBQ. It’s during this time that they catch up on what is going on in their lives. “We talk about academics, friends, family and everything under the sun. He knows that I am an open line of communication for him and that although some things are hard to talk about, he can talk to me and not worry about repercussion or punishment,” Big Brother Ryan said. Ryan shares his personal stories with Zach about conflicts he had while growing up and provides positive input to Zach on how to overcome his own family or peer struggles.

Through Ryan’s encouragement, Zach has increased self-confidence and is now able to stand up for himself. The struggle he found at school with bullies was one of the main reasons his parents sought out Big Brothers Big Sisters of Central Minnesota. Zach’s mom couldn’t be happier with the support and guidance Ryan has provided. “Ryan has surpassed any and all expectations I ever had when seeking a Big Brother for my son. Ryan looks past Zach’s troubles and sees him for who he is.” Big Brother Ryan credits much of his success with Zach to Zach’s mother as she will let him know the good, the bad and the ugly. “My talks with her give me insight into Zach’s world that I would not otherwise have, and I truly appreciate the candor in which she delivers the information,” added Ryan.

In addition to his commitment to his Little Brother, Ryan has become a huge advocate for the Big Brothers Big Sisters program. When Big Brothers Big Sisters of Central Minnesota began their Military Mentoring program, Ryan volunteered his time and expertise to speak on behalf of Big Brothers Big Sisters. The Military Mentoring program, Operation Bigs, supports children from military families and it encourages active duty, reserve, and retired military personnel to volunteer as mentors. Although Ryan has more responsibilities at home with his recent marriage, his move to the other side of town and at work, he strives to make sure he is consistently engaged with his Little Brother. They aim to coordinate activities every two weeks. “I always try to ensure he will have fun during our activities, but I did not expect that I would also enjoy myself as much as I do.”

Ryan has been a phenomenal role model and friend to Zach. The two hit if off from day one, but their friendship has continued to grow into something that has changed both of their lives, forever.