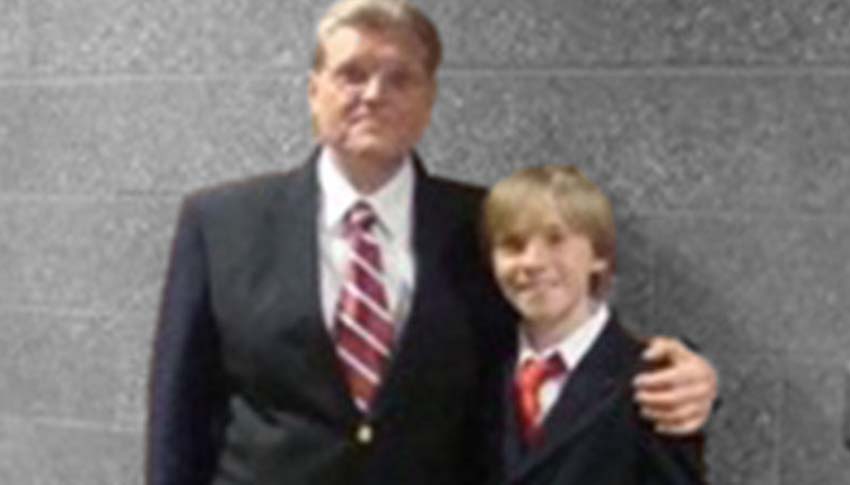 Standing within school grounds and looking out at the landscape, Big Brother Dan and Little Brother Jordan could see New Mexico’s Seven Sisters, a series of small volcano mounds. When Big Brother Dan and Little Brother Jordan were first matched, Jordan was in third grade. Their match began with Dan visiting Jordan at school each week. They played games, did homework, read books, and looked out at the hiking trails. “We would tell each other stories about dinosaurs and saber-toothed chipmunks (he didn’t buy that one) and how they roamed the mesa, being careful to stay out of the lava,” Dan says. “He would ask a question about something and I would try to explain it.”

Being a school-based match allowed them to focus on getting to know one another, without the added challenges of coordinating schedules or planning activities. “Jordan and I spent our first year strictly site-based, exploring the school library and playground, and it gave us an opportunity to get to know each other,” Dan says. “We spent our time walking and talking about anything and everything he wanted to talk about. He had a curiosity I enjoyed.”

After learning about Jordan’s passion for nature and history, Big Brother Dan wanted to help Jordan explore the land they discussed so often. Like many site-based matches, they transitioned their match from site-based visits at the school to community-based.

“ He is helping teach Jordan responsibility and respect. If you start a project, you see it to the end and do it the best you can.”

Little Brother Jordan chose their first outside-of-school adventure: a trip to the National Atomic Museum. Dan and Jordan have been matched for more than four years now, and they have explored historic sites, gone hiking in the Taos Mountains, the West Mesa Volcanoes, and the Sandia Large Array. “The impact I have had on Jordan was showing him there is more out there than is on TV or in Albuquerque,” Big Brother Dan says.

As Jordan moved toward adolescence, Jordan’s mom says Dan’s influence was crucial. “As a single mom, it was important to have a strong, positive male figure in Jordan’s life. Someone to look up to,” she says. “Since Jordan’s dad is not in the picture, Dan has sort of filled that void. There is only so much a mom can understand or provide as far as ‘boy stuff.’”

The support of Jordan’s mom has been just as essential, Big Brother Dan says. “I don’t think people know how important parent involvement is to a match,” he says.

Jordan’s mom says she is truly grateful that Jordan has Dan for a Big Brother. She says he is a positive role model for her son. “He is helping to teach Jordan responsibility and respect,” she says. “If you start a project, you see it to the end and do it the best you can.” Together, they have built a bicycle, rebuilt a tractor, and constructed a clubhouse. After Dan taught Jordan how a bicycle works, Jordan was able to change out his mom’s bike tire.

In the four years they have been matched, Little Brother Jordan has come a long way with his social skills and attitude, and he is happy to have Dan as his Big Brother. “We might not like the same football teams, or have the same decision on who’s going to win in ‘Batman vs. Superman,’” Jordan says, “but what I do know is that we are really good friends.”