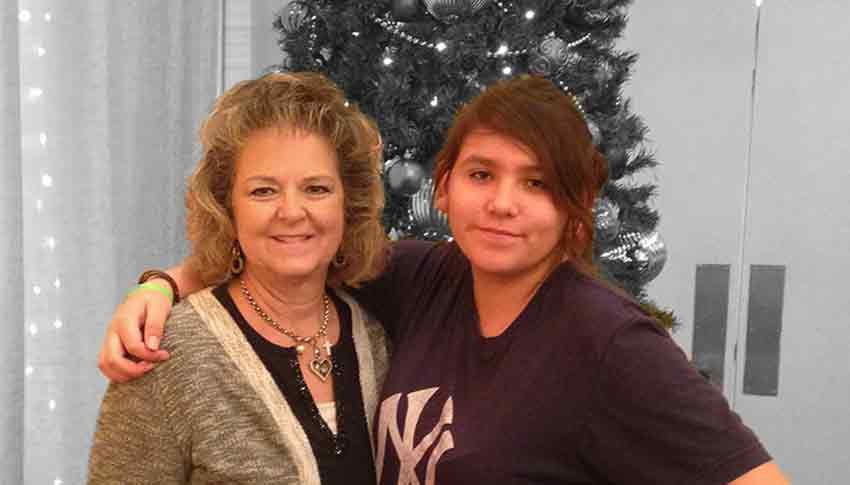 Comic book authors and comic enthusiasts take over Albuquerque, New Mexico each January during ComicCon, a massive convention celebrating all things comic book, superhero, fantasy, and sci-fi. Among those excited fans are Big Sister Connie and Little Sister Jillian, who have made attending the convention together a yearly tradition.

They started their friendship slowly, heading to simple outings like dinner at McDonald’s. Jillian was shy, but slowly opened up to Connie. Jillian is a private person, and didn’t always want to talk about what she struggled with at home. Connie could see that she was carrying a lot and made it easy for Jillian to share with her. “I tell her my problems and work things out,” Jillian says.

Even when Jillian was very young, her mother knew that she would benefit from having a mentor. “Connie has been there for Jillian when things were not going well, especially with ongoing family issues,” Jillian’s mom says. Having another caring adult in her life helped Jillian feel supported and grow.

“She has shown me to open up more. She gives me another perspective of life.”
– Little Sister Jillian

“I was someone who was scared to try new things,” Little Sister Jillian says. Now, she approaches unfamiliar situations with confidence. Jillian’s mom says her friendship with Connie has been key. “Connie has helped transform Jillian from being a shy young girl to becoming a confident, outgoing young lady,” Jillian’s mom says.

Big Sister Connie encourages Jillian to be proud of her unique personality and distinct interests. Jillian loves all types of art, including sculpture, orchestra, visual art, and of course, comic book art.

With Connie, she has been able to explore these interests. Jillian has been exposed to new activities, and she has been encouraged to express herself, and that has been a big part of her development. Jillian will graduate from high school in May, and she hopes to pursue a career in makeup artistry or film production.

Having a Big Sister has made a big impact on Jillian, but being a Big Sister has also had an impact on Connie. Despite her own hectic schedule and the needs of her own family, Connie has made her relationship with Jillian a priority. “If I had not accepted the responsibility of a Little Sister, I would have missed out on so many blessings,” Connie says. “She has taught me more about comic characters and movies than I would have ever known!”