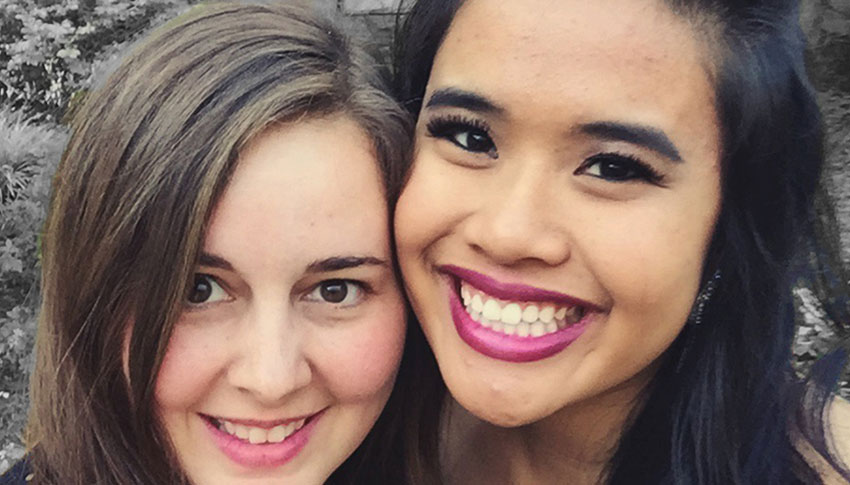 Little Sister Kelly has not had an easy childhood. Fleeing domestic violence, her mother moved a 3-year-old Kelly and her younger brother into a shelter. Years later, Kelly ended up in foster care temporarily, after she was abused by a family friend.

When Kelly first landed in foster care, her foster mother felt overwhelmed. Kelly had already been matched with Amanda for a year at that point, and her foster mom says Amanda helped a lot during the transition. “There were so many needs, questions, and support that I needed that Amanda met and answered, because she was already active in Kelly’s life,” her foster mom says.

Big Sister Amanda boosted Kelly’s confidence, took her on outings that allowed her to be silly and joyful, and reassured her that she was strong enough to deal with what life threw at her.

“She has faced some of the hardest things a girl of her age could ever face,” Amanda says, “and she has emerged on the other side with unending joy, unwavering belief in herself and others, and determination when all [signs] said give up.”

“I always sighed with relief when I saw her always-smiling, positive face at my front door, and to this day, she is still faithful in being with Kelly on a regular basis with genuine sisterly love.”
– Little Sister Kelly’s foster mom

Little Sister Kelly says she knew right away that she could trust Amanda. She says she sensed Amanda’s “compassionate energy” and that Amanda immediately puts people at ease.

Every time they get together, Amanda says, she tries to discuss a character trait with Kelly. “What do you want to be when you grow up?” is not a question Amanda would ask. “I focus our conversations not around what she wants to be in occupation, but who she wants to become,” Amanda says. “What she wants people to say about her, how she wants others to feel around her and what values she wants to live by.” Kelly engages in these conversations, and both Big Sister Amanda and Little Sister Kelly challenge each other to learn and grow.

The next stage of Kelly’s growth is her transition to college. With a stellar GPA and a commitment to her education, Kelly’s college plans are on track. Big Sister Amanda is helping her with her essays and searching with her for scholarships. “With the stress of college applications and scholarships, Amanda has prodded me to stay focused on due dates and to persevere through my more pressing senioritis,” Kelly says.