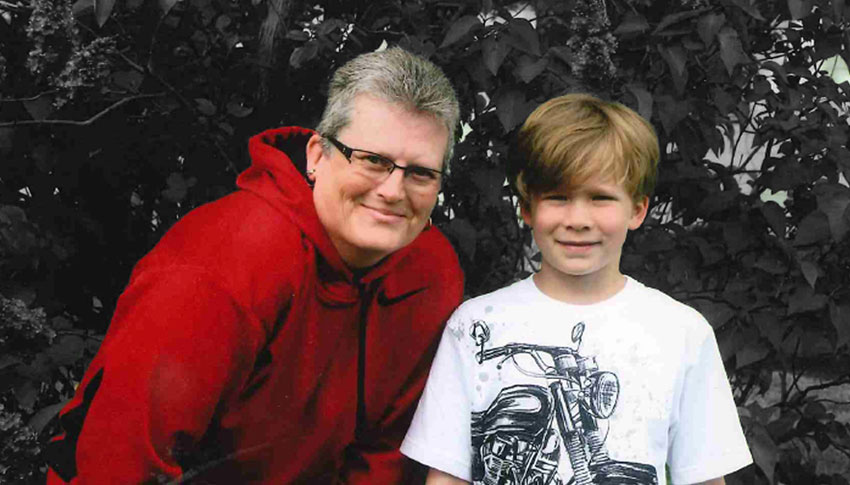 Big Sister Dawn raised her two sons and called herself the “tomboy mom.” She taught her boys the traditionally male and female roles in their household, and felt comfortable raising boys. When her sons moved out and that “empty nest” feeling crept in, she volunteered to be a Big Sister.  She asked for a Little Brother.

Philip’s mom was looking for someone to be a role model for her son, and to be there for him when she couldn’t, due to working the night shift. At first, Little Brother Philip admits he felt “iffy” about having a Big Sister instead of a Big Brother. “But when she took me out for the first time, that all changed,” Phillip says.

Dawn was into sports, so she and Phillip began to bond over playing tennis. For Philip’s first birthday during their match, Dawn got him a baseball glove, and they started going to games, hoping to catch a foul ball.

“When my mom signed me up for BBBS, I thought I would want a guy Big, but now, I’d rather have Dawn.”

Cooking together has been another of Dawn and Philip’s favorite activities in the almost four years they have been matched. Philip had always been a big help in the kitchen with his mother, but he started chiming in and teaching her what he’d learned while cooking with Dawn. “All of a sudden, Philip was jumping in and adding little things that Dawn showed him,” Philip’s mom says. “And he even made all his own potatoes one time when we were grilling out. ‘This is how Dawn and I do it, Mom, let me do it for you,’” she says.

Big Sister Dawn makes time to see her Little Brother, even when she’s having a tough week. Dawn has a disease called sarcoidosis, for which she must get a chemotherapy shot each week. She intentionally plans her treatment early in the week so she can be recovered enough to spend time with Philip later in the week. Even when she’s not feeling well, she tries to see her Little Brother. “She is an amazing, strong woman for being in her medical situation and then taking on a 9- 10-year-old and being as active,” Philip’s mom says.

When Little Brother Philip’s mom enrolled her son as a Little in the Big Brothers Big Sisters program, she was hoping to find someone to teach him how to be a man. Instead, she got Dawn, a role model who has taught Philip about focus, commitment, and strength — who happens to be a Big Sister and a “tomboy mom.”

Editor’s note: BBBSA received permission from the family to name Dawn’s diagnoses in this story.