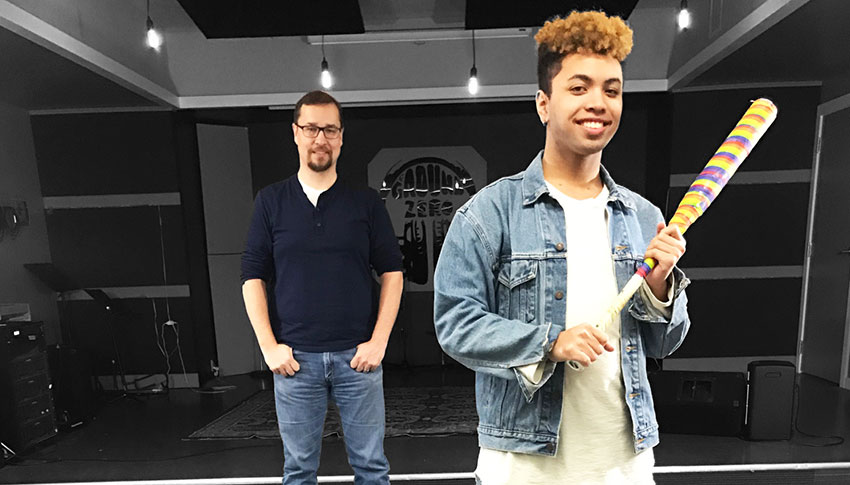 When Little Brother Brandon was struggling with his identity and realizing he was gay, he wanted to tell his Big Brother Emilio. He was scared at first, but he says Emilio simply accepted him.

“From my perspective, that’s my job as a Big Brother, just to listen and be supportive,” Emilio says.

Coming out to Emilio took trust, which didn’t always come easy for Brandon. Back when he was in second grade, he was constantly bullied. He tried to make friends, but other kids pushed him away. “Everybody used to hate me,” Brandon says. “Kids didn’t even understand.”

Brandon grew up in a single-parent household with little supervision, and he needed a role model he could count on. Through Big Brothers Big Sisters of Puget Sound, he was soon matched with Big Brother Emilio. That’s when he says everything changed.

“I was kind of lost until I met Emilio,” he says.  Over the years, the two found common ground and built the trust that enabled Brandon to be comfortable enough to come out.

Now a high-schooler, Brandon is a lot more confident. He and Emilio started a YouTube channel and make videos together. Brandon dances or sings, and Emilio runs the sound, controls the camera, and helps edit the final video before posting to YouTube.

Brandon is working towards a career as a dancer, and Emilio supports him chasing his dream. “He reaches out to dance studios, he takes dance classes, he talks to dance crews,” Emilio says. “That’s what makes him unique—his drive for making that happen in his life.”

Big Brother Emilio is an engineer, and he does not think of himself as creative or artistic, but he enjoys helping Brandon edit his dance videos. He says it’s helped him by pulling him out of his shell a bit. “We couldn’t be more polar opposite,” Emilio says. “Brandon is a super outgoing kid who loves to dance and sing and is extroverted and super creative. I am an introverted engineer who hates to dance.” Being different from each other allows them to learn from each other’s strengths.

After Brandon came out to him, it was Emilio who explained to Brandon that he wasn’t alone, and that there was a whole community of people who had been through similar struggles and came to accept themselves.

“He actually introduced me to gay pride, and I had no idea it existed,” Brandon says. Knowing he wasn’t so different was a huge turning point for him. “Ever since he brought me there, I’ve been myself a lot more,” Brandon says. “I’ve been the confident, sassy Brandon that everybody knows and loves.”

Emilio and Brandon exemplify that it doesn’t take having a long list of commonalities to be a strong match, but sometimes it just takes listening and being supportive.