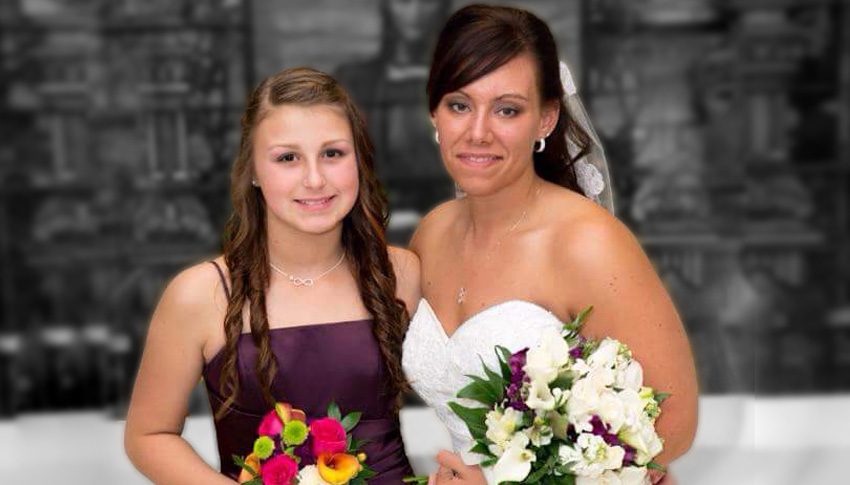 Shannon was sitting in traffic when she saw an ad on the back of a bus that changed her life forever. “You can could be a Big Brother or Big Sister,” it read, and she believed it. She signed up and was matched with Little Sister Courtney.

Courtney’s childhood had been tough, with drugs and alcohol affecting her family and her dad incarcerated at the time of her match. This inspired Shannon, as she saw a lot of herself in Courtney during their first match meeting.

“She needed a positive role model in her life just like I did when I was her age,” Shannon says. “From that day meeting her, I have tried to provide this for her in every interaction we share.”

Early on, these interactions including going to the zoo, working on homework, and playing at local parks. As the Courtney got older, they began hitting local coffee shops, exploring museums, and talking about life and the future.

“We are truly more than just a match — we are family and will forever be sisters.”

The two have also made it a point to be there for each other’s important milestones. Shannon was there for Courtney’s 13th and 16th birthdays, and her first homecoming dance, and all the ones that followed. In return, Courtney was there for one of Shannon’s biggest milestones.

“She stood next to me in my wedding in 2013 as a junior bridesmaid on one of the most important days of my life,” Shannon says.

Throughout their time together, Courtney’s grades have steadily improved and she is now in high school and already taking college courses. She’s also volunteered on numerous occasions at soup kitchens and became a Big Sister herself through an afterschool program. Courtney gives a lot of credit to Big Sister Shannon for encouraging her to take college prep classes and going to volunteering events with her.

“Over these past eight years, Shannon has truly changed my life for the better,” she says.

The two thank each other for changing one another’s lives, but they owe a thanks to that ad on the back of a bus.