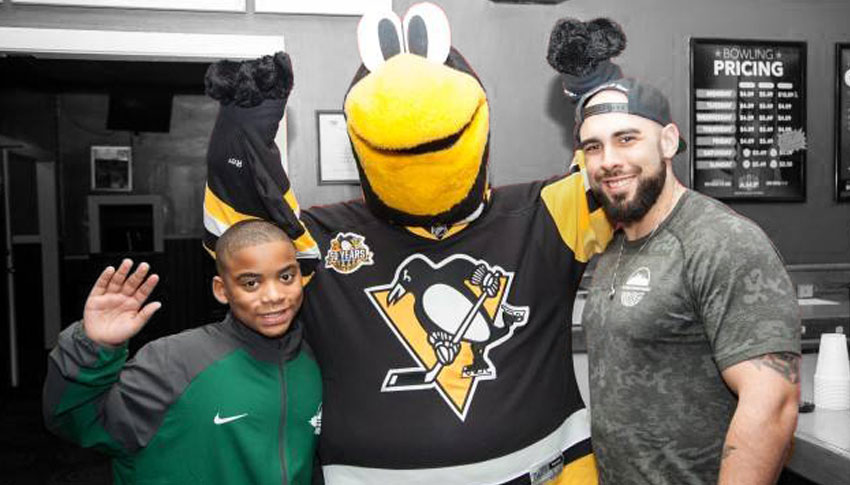 Every child should have an adult who supports them with no strings attached.

Tom volunteered to become a Big because he wanted to give a child what he never had in his own childhood, a mentor who was there for him no matter what.

At age 10, he lost his father. The loss left a void in Tom’s life that he began to fill with mentoring figures he found in athletics. He felt blessed to have coaches’ attention, but he began to see that some of these relationships were weak.

“Looking back, I realize that the vast majority of these mentoring relationships came with strings attached, for example, my performance on the field,” Tom says. “When I stopped performing well, a lot of these relationships ceased to exist.”

Big Brothers Big Sisters gave Tom the opportunity to show a child that they didn’t have to do something exceptional for an adult to care about them.

“I wanted to show a child like me that they are deserving of a positive relationship without the pressure of trying to prove oneself,” Tom says.

“I feel like I have been friends with Tom my entire life and he is so awesome.”

With that goal in mind, Tom signed up to be a Big. He was matched with Little Brother Samir, who says he felt like he had been waiting his whole life for a Big Brother.

Samir’s mom adopted six of her brother’s children when he was unable to care for them. All of a sudden, Samir went from having one sister to being the youngest of eight. Samir grew up watching his older cousins with their Bigs, and he couldn’t wait to have one himself.

“The day head been played out in his little mind for quite a few years,” Samir’s mom says. “When I told him he would be matched, he screamed at the top of his lungs in excitement.”

“From the minute we met, we became instant friends,” Tom says. “The most dynamic duo since Batman and Robin.”

Like a superhero duo, the two make a great team, but that hasn’t stop them from being competitive over the years. They debate about their hometown Steelers, battle each other in video games, and even challenge one another in the gym. Tom is a personal trainer and helps Samir lift weights and take on obstacle courses. Tom beats Samir in a lot of their head-to-head challenges, but that hasn’t extinguished Samir’s competitive fire.

Despite their competitive nature, the two couldn’t be any closer. The two love playing with Tom’s dogs, Tito and Carl, have seen all the Pittsburgh spots teams play, and ramble about their passion for Teenage Mutant Ninja Turtles.

Though Tom set out to show a child they didn’t have do exceptional things for an adult to care for them, he still had quite the exceptional Little in Samir.

“Whenever I make a decision, I think about what kind of example I am setting for Samir,” Tom says. “I truly believe that it was this program that enabled me to develop the quality of character that led me to my wife.”

When Tom got married, Samir walked Tom’s mom down the aisle. At the wedding, Samir’s mom cried watching her son smile and be so proud of something special for someone else. She says it’s the same smile he had when he was first matched with Tom.