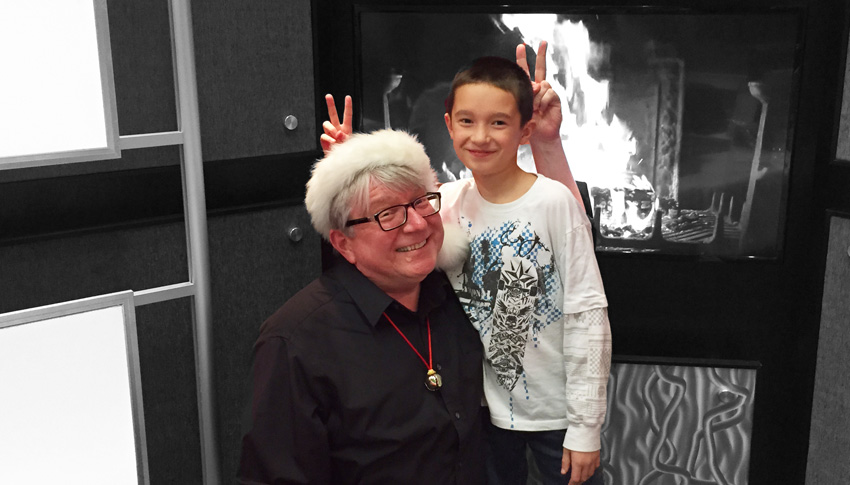 The first time Little Brother Michael met his Big Brother, as soon as he got off the bus, he asked him a question. “Exactly how old are you?”

For the past three years, the two have not only been best friends, but also animal tamers, race car drivers, and brave explorers. Some of Michael’s favorite memories with Geoffrey have been the time they held a boa constrictor at his school, raced go-karts at Mel’s Funway Park, and rode the mile-long haunted hayride at Spooky World.

“It has opened my world and changed my life for the better.”

“It has been an amazing journey so far,” Little Brother Michael says.

Michael’s grandparents enrolled him in the Big Brothers Big Sisters program because they wanted to make sure he was growing up with a good male role model and plenty of opportunities to grow.

“Geoffrey does a lot with Michael that we are not able to do,” his grandma says. “They have had so many adventures with so many more to come.”

Geoffrey knows that they can have fun adventures, but he’s also started helping Michael in school through their outings. When Michael was struggling with reading comprehension, Geoffrey got him a murder-mystery book that took place in a zoo. He made a deal with Michael.

“I promised him that if he read the entire book over the summer and could answer a few questions about the story, I would take him for a day to Franklin Park Zoo in Boston,” Geoffrey says.

With another adventure on the line, Michael began reading “Belly Up” and realized he was actually enjoying it. Throughout their outings that summer, he updated Geoffrey on how many pages he’d read, and when he turned the final page, he immediately called Geoffrey to announce he had finished.

“The result was a beautiful day at the zoo where he got to ride a camel, play with the goats in the petting zoo, and enjoy the variety of wild animals,” Geoffrey says. “It really was a terrific day celebrating his accomplishment.”

With their love for adventure and Big Brother Geoffrey’s commitment to Little Brother Michael’s success, they can expect to celebrate many more accomplishments in the future.