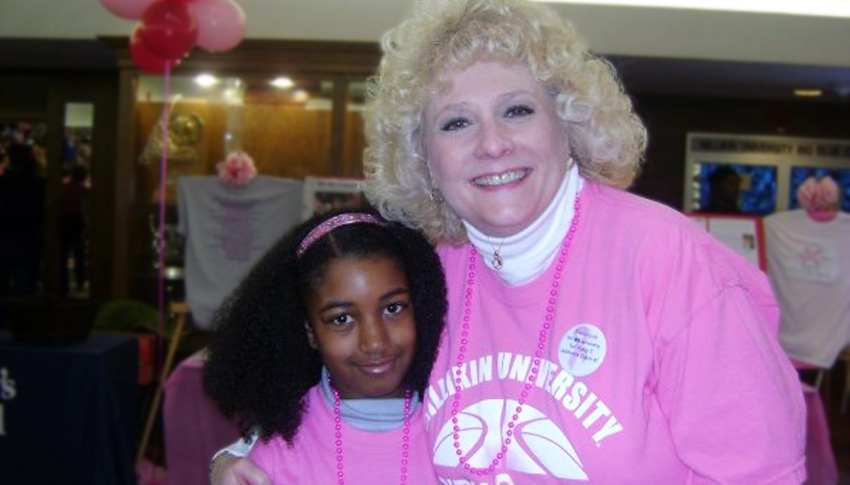 When Big Sister Marilyn met her Little Sister Starr, she asked her a list of questions to get better acquainted.

“Chills started running down my spine, and I started getting very excited and had her grandmother confirm that Starr’s birthday was actually September 1,” Marilyn says. “Of course, Starr’s grandmother is looking at me with some confusion until I shared that September 1 is my birthday too.”

They shared the same birthday and were set to share many memories together. In their 12 years of being matched, they have spent time feeding ducks at a lake, visiting museums, and celebrating every birthday, usually over Thai food. Their dedication to Thai food came after Marilyn made a goal to expand Starr’s taste in food. She was tired of only seeing Starr eat pizza, hot dogs and chicken nuggets and began taking her to a variety of new restaurants to try new food. It was then Starr discovered her new favorite.

“I was a picky eater, and Marilyn has helped me overcome that,” she says. “Now my favorite food is Thai with Pad Thai being my favorite dish.”

“I cannot imagine life without her or what my life would have been without her.”

When Little Sister Starr was first matched through Big Brothers Big Sisters of Central Illinois, she was just 5 years old. Her grandmother and mother were raising her, and her mom struggled with health and addiction issues. It would have been easy for Starr to grow up with a limited view of what was possible for her. But spending time with Marilyn, helped her see that the world before her is big and there are so many experiences available to her.

“I have looked at Marilyn’s house and thought, ‘I can have a house like this,’” Starr says. “I can have a bedroom like this. I don’t have to live in public housing anymore.”

Starr sees so many possibilities for herself. As she prepares for college, she knows Marilyn will continue to be there and help her reach her full potential.

“Marilyn is the reason that Starr is motivated to find a better life,” Starr’s mm says. “Her grandma and I had Starr’s past, but Marilyn showed Starr what her future could look like.”

UPDATE: Little Sister Starr has taken big steps toward realizing her potential: she is currently attending community college with the plan to save money and prepare to attend a four-year college in the future, and she is working part-time at a local bank.