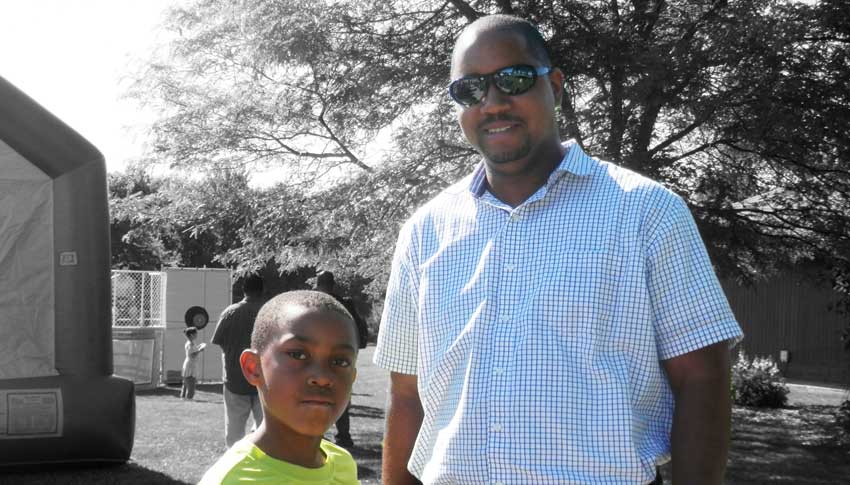 When Monterro was 6, he was already reading at a fifth-grade reading level. Monterro’s mom was proud of her son’s intelligence, but as a single parent with health problems, she feared not being able to help Monterro reach his full potential. She heard about Big Brothers Big Sisters and signed Monterro up to be a Little, hoping that a Big Brother might be able to be there for Monterro in a way that she couldn’t. Her expectations were exceeded when he was matched with Big Brother Kyle.

“Because of my physical health, I am not able to do the activities I would like to with Monterro, and that is where Kyle comes in,” Monterro’s mom says. “He is able to do things and go places that I am unable to do and go.”

“I thought it would be so boring simply because I didn’t know what I would be doing. What happened in the next four years was the opposite of boring.”

Monterro’s mom credits Kyle with helping Monterro become more confident in himself and excel in school, as the two often made visiting the library one of their outings. In the four years they have been matched, Monterro has done so well that he has skipped several grades. At age 11, he is a seventh-grader.

“Monterro is an impressionable boy and having Kyle as a positive male role model has been crucial,” Monterro’s mom says. “I am confident that their relationship has helped in Monterro being promoted so many grades in school.”

From the day they met, Kyle knew that they would form the perfect match.

“At the end of the meeting, I discovered that Monterro lives on a street in Flint named in honor of my late grandfather,” Kyle says. “I took that as a providential sign that this was the young man I was intended to have as my Little.”

Monterro, on the other hand, seemed to have missed the signs. At 7, he had his doubts.

“I thought it would be so boring simply because I didn’t know what I would be doing,” he says. “What happened in the next four years was the opposite of boring.”